Holidays in Belarus can’t dispense with visiting the capital of the country. Minsk stands among the most attractive cities in Europe. Minsk is one of the oldest cities in Eastern Europe, which celebrated its 950th anniversary in 2017. Located on the banks of the Svisloch river, the city began its history as a frontier fortress of the Polotsk Principality, the lullaby of the Belarusian statehood. Then it became one of the centers of the Grand Duchy of Lithuania, becoming the center of voivodeship, and later Belarus entered the Polish-Lithuanian Commonwealth.

After the dissolving of the Polish – Lithuanian Commonwealth the lands of modern territory of Belarus entered the Russian Empire. Minsk became a provincial center, and Moscow and Vilna railways passed through the city. After the collapse of the Empire, the city became the capital of the Belarusian Soviet Socialist Republic, and after the collapse of the Soviet Union, the capital obtained long-awaited independence and became modern Republic of Belarus.

What to see in Minsk:

One of the main attractions of the capital is the railway station square dominated by the two eleven-floor towers, which are called "City gates". The first thing that our guests see when leaving the Minsk railway station, is the famous high – rise buildings, which seem to invite you to enter the city and get acquainted with it.

The sight that is the clear evidence of multi-faced essence of the city is the Independence Square, which strikes the imagination of guests by its size. It is the largest square of the city and one of the largest in Europe, where the Independence Avenue, main city highway begins. The square harmoniously houses the pre-war and pre-revolutionary buildings and after-war constructions.

The dominant of the Independence Square is Red Church, the official name is Catholic Cathedral of Saint Simon and Helen. It was built by one of the most rich persons in Belarus of hose times. The majestic St. Simeon and Elena Catholic Church, built of red bricks, which has long been one of the most favorite attractions of Minsk residents and visitors.

The Government House, a monument of constructivism, built absolutely manually without any hoisting and mechanized equipment, profitable houses of the first half of the 20th century. Side by side with it there are buildings that have emerged in the process of post-war construction, such as the main building of the Belarusian State University, engineering building of Minsk Metro and building of the city administration.

The Independence Avenue, the main street of Minsk, is a monument of the postwar era. It was built in three stages. The first stage part of the avenue appeared in the late 40-s-early 50-s and is a single architectural ensemble, built in Stalinist Empire style. It is the most interesting part of the Avenue. The Independence Avenue itself runs for more than 15 km and dotted with luxury restaurants and cafes.

National Library. The Avenue is famous for the diamond located aside. The original and modern building of the National Library of the Republic of Belarus, which converted into the largest disco-ball of Europe because of LED-screens on the Library’s surface. It contains more than10 million books, 5 books for 1 person living in Minsk. The National Library is ranked among TOP beautiful buildings in Europe. Whether you like it or not, but the building is worth visiting.

The historical center of Minsk is the Liberty square appeared in our city at the end of the 16th century, where the life of minskers was pulsing. The Square can boast the preserved places of interest such as the ensemble of the former Basilian monasteries of the 17th century, the former Bernardinian cloister of the mid-17th century, which now houses hotel "Monastyrsky", the Gostiny Dvor or indoor market building of the XIX century, as well as the Archcathedral Church of the blessed virgin Mary of the XVIII century, the main temple of the Belarusian Catholics, and the main temple of the Belarusian Orthodox Cathedral of the Descent of the Holy spirit of the XVII century. Among fully restored buildings, we can see the Minsk Town Hall. The Town Hall is a symbol of the city self-government, the so-called Magdeburg right or the right of self-government, which Minsk received in 1499.

A very important attraction of Minsk is the restored district of the Trinity Suburb, which keeps the atmosphere of Minsk in its streets and courtyards of the 19th century with its multicolored small houses.

In the vicinity of the Trinity Suburb you will find the Island of Tears or as it is officially called the "Island of courage and sorrow", a very touching memorial complex, which was created to commemorate the soldiers who died in the war in Afghanistan.

The second most important street of the city is the Victors Avenue, where there is a high concentration of sports and administrative facilities. Among them there are Sports Palace and Minsk arena, Minsk tennis courts and football arena, the Museum of the Great Patriotic War and the Palace of Independence, the residence of the President of Belarus.

But if we move off the Minsk Classic sights we’ll found Oktyabrskaya Street. The former industrial street has become almost the main exhibition and party center of the city in recent years. There are numerous bars, cafes, exhibition centers, offices of progressive advertising agencies, editors and IT companies. Former factory’s walls are painted with the murals left after the festival of street art Vulica Brasil.

Minsk is far of what travelers think of it. It is a contrasting city which is perceived as something of the soviet era, but while staying in Minsk, you discover it as a European city with unique atmosphere.

Where to eat in Minsk: 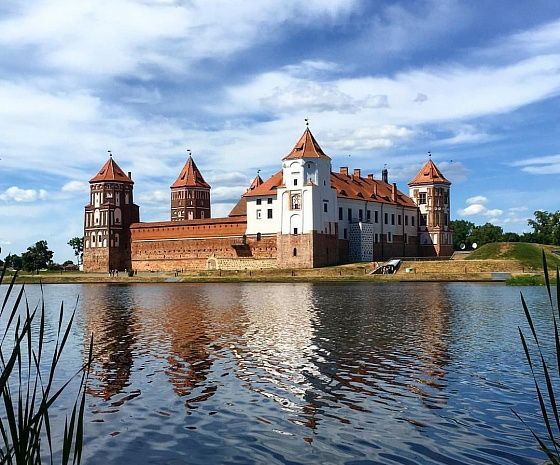